Sontiq announces the acquisition of Breach Clarity!
Learn More →
BC Scores
|
Financial Institutions
|
What does a breach with a Breach Clarity score of '10' look like? 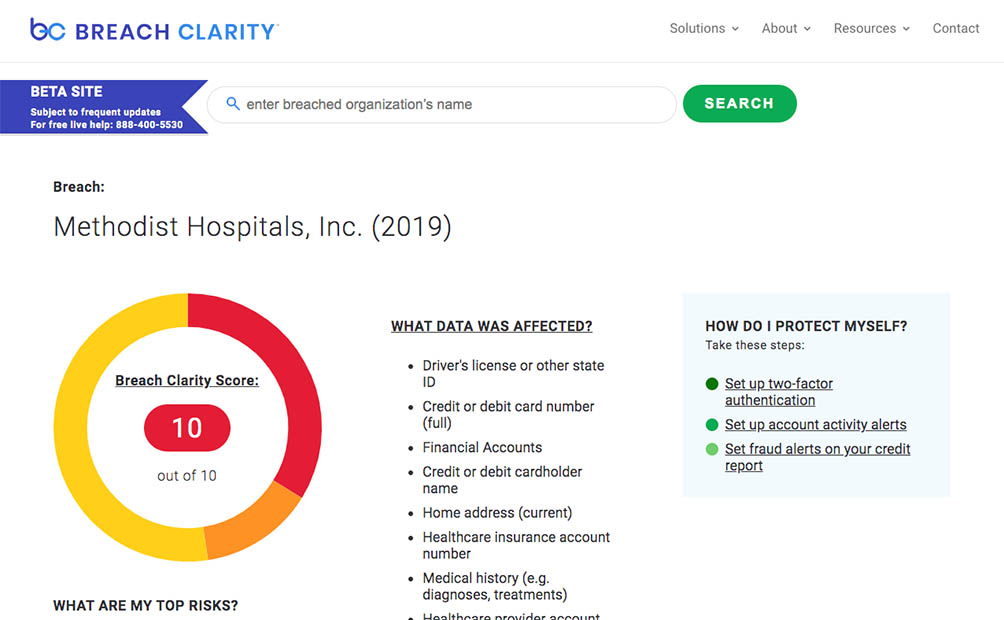 Everyone understands that breaches come in all sizes, but Breach Clarity doesn't care about how many identity-holders were affected in a breach. Breach Clarity algorithms only consider what security 'shape' any one particular identity holder is in, following any breach, in order to keep individual health at the core of what we do.

Ever wonder what a breach with a maximum score of '10 looks like? While every one of the thousands of publicly reported US breaches in our system bring unique predicted risks and recommended actions, the one just reported at Methodist Hospitals, Inc is a good case study. Breaches that score the worst generally exposed a wider variety of personal identity credentials, which in turn create a greater variety (and likelihood) of identity crimes. Methodist stakeholders had a whopping 18 ID credentials exposed (ouch!), including not only debit or credit cardholder data, but also access to their health records and several other tremendously risk credentials like driver's licenses and passports or visitor IDs. The risks created are legion, from card fraud in existing accounts, medical identity theft, criminal identity impersonation, and so much more.

A breach like this requires an identity holder to essentially look everywhere and do everything possible to protect themselves, in contrast to other data breaches that bring about a relatively narrower set of identity theft risks and prescribed action steps. While we can't say enough good things about the personal medical health value that healthcare providers bring, the Methodist Hospitals, Inc breach put individuals financial health at maxim increased risk (which is why it scored a 10).

The Breach Clarity team is hard at work at bringing commercial versions of our free service to market through the nation's leading financial institutions, and as we do that our customer experience UI will provide far more risks and action steps for breaches like this. Because at the end of the day, better facts and tools for responding to a data breach is essential for maintaining optimal personal financial health. 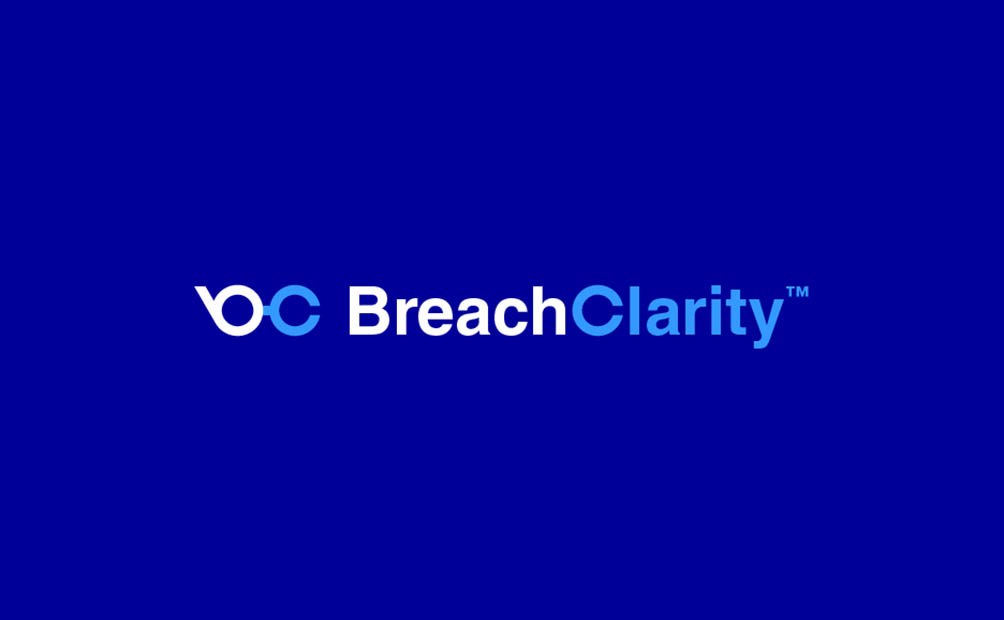 This 7-minute Finovate demo answer to "What is Breach Clarity, and How Does it Work?"
Related Articles
We Also Recommend